Subscribe to my newsletter and never miss my upcoming articles

I usually don't want to learn a new language when it comes to new technology and would always first lookout for alternatives to the language am familiar with before I give in.

We all know Solidity is the language used to write Ethereum smart contracts. It took inspiration from C++, Javascript, and Python. But what if I told you that you could write smart contracts with python too.

There is a language called Vyper. Vyper is a contract-oriented, pythonic programming language that targets the Ethereum Virtual Machine (EVM) and we shall not look at this today.

Some of the popular blockchains developed using Python are Ethereum, Hyperledger Fabric, Steem, and NEO.

So let's jump right in;

SmartPy is an intuitive and powerful smart contract development platform for Tezos. The SmartPy language is available through a Python library for building and analyzing Tezos smart contracts.

Tezos is a self-upgradable and energy-efficient Proof of Stake blockchain. Tezos is a decentralized open-source blockchain that can execute peer-to-peer transactions and serve as a platform for deploying smart contracts.

Brownie is a popular smart contract development and testing framework for the Ethereum Virtual Machine, supporting Solidity and Vyper as the smart contract languages.

pipx is a specialized package installer. It can only be used to install packages with cli entrypoints. pipx and pip both install packages from PyPI (or locally) pipx relies on pip (and venv)

PyTest is the framework that makes it easy to write, test, and scale to support complex testing for applications and libraries.

Testing is really essential before you deploy your smart contracts to any blockchain because of its immutability nature.

Web3 Py interacts with the Ethereum blockchain via a set of publicly exposed APIs.

Web3.Py is a set of libraries that allow developers to interact with Ethereum nodes using HTTP, IPC, or WebSocket protocols with Python.

You can create Ethereum transactions, and read and write data from the blockchain (this includes smart contract interaction).

ApeWorX is a python-oriented tool to make a more modular finance-focused framework. It helps in managing and developing blockchain tasks.

Manticore is a multi-purpose tool written in Python. It is a super flexible smart contract audit tool. With its own command line tools and scriptable Python APIs 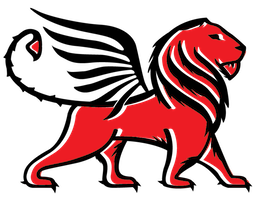 Obviously, there are more tools which I have not mentioned here like oyente, Python SDKs and APIs offered by different providers that you can still leverage to get started with smart contracts.

Once again, hope you learned something today from my little closet.

You can show extra love by buying me a coffee to support this free content and I am also open to partnerships, technical writing roles, collaborations and Python-related training or roles.